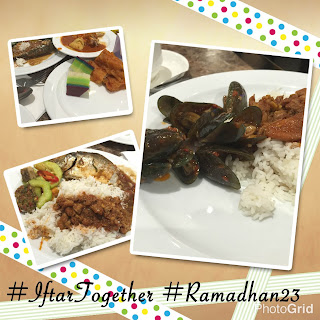 Posted by nurams naz at 11:06 AM No comments: Links to this post 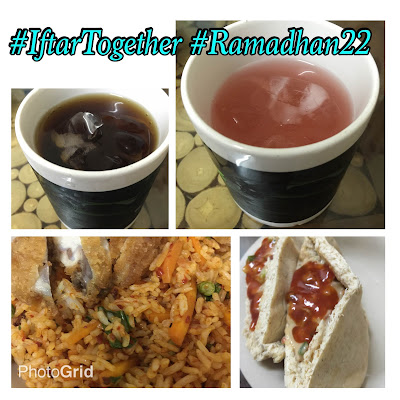 Posted by nurams naz at 4:20 PM No comments: Links to this post 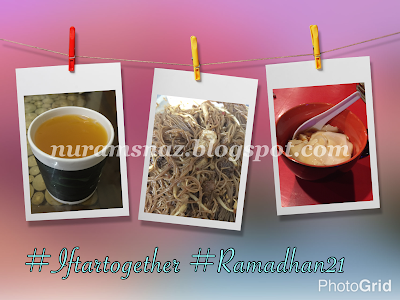 Simple but nice. That's how I describe it. Yesterday we iftar at home with fried bihun, taufa and sunquick. Wahhh when look at this picture I still can remember clearly the taste..
Posted by nurams naz at 2:52 PM No comments: Links to this post 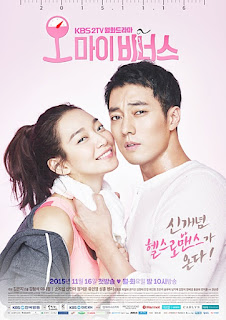 Kim Young-ho is a personal trainer to Hollywood stars. Despite his family's wealth, Young-ho suffered a devastating injury in his childhood. But he believes any problem can be overcome by patience and determination.

Kang Joo-eun was once an ulzzang in her teens, semi-famous for her pretty face and enviable figure. Now a 33-year-old lawyer, she has gained a lot of weight since. After getting dumped by her boyfriend and being told by her doctor that she has health issues, Joo-eun hires Young-ho to challenge her to diet and lose weight.

As they work on her physical transformation, they heal each other's emotional wounds and fall in love.

So Ji-sub as Kim Young-ho/John Kim

Young-ho is a personal trainer of Hollywood stars in America where he uses the alias John Kim. After a Hollywood scandal with a famous actress puts the spotlight on him, Young-ho returns to Korea to wait for the scandal to die down. On the plane back to Korea, Young-ho saves Kang Joo-eun after she suddenly collapses. A series of events bring the two together on several occasions with Young-ho saving Joo-eun from pitiful situations several times. Things become further complicated when he is prevented from returning to America by his grandmother, the CEO of his family's company, who hopes Young-ho will one day become her successor. Despite his personal and family issues, Young-ho has a kind heart and tries to help others.

Kang Joo-eun is a 33 year-old lawyer and formerly called the "Venus of Daegu" in her hometown. After finishing high school and fulfilling her dream of becoming a lawyer, Joo-eun gains weight and feels she is no longer beautiful. After being dumped by her long term boyfriend on their 15-year anniversary, Joo-eun takes an overseas trip to America for work. On the ride back to Korea she faints after too much alcohol, medication and a corset puts her into respiratory distress. Young-ho saves her and they meet several more times, often with Joo-eun in an embarrassing situation. After finding out the identity of Young-ho as John Kim, she asks him to help her lose weight in return for not telling anybody about his dual identity. She is a blunt and hard-working person.

Im Woo-shik is a former national swimmer. After meeting her while she was still in high school, Woo-shik falls in love with Joo-eun and she becomes his long-time girlfriend. Despite claiming she is his first love, Woo-shik begins to lose interest in Joo-eun and secretly goes out with Oh Soo-jin, Joo-eun's former best friend. Eventually Woo-shik officially breaks up with Joo-eun. Despite the change in their relationship, he continues to worry about Joo-eun and keeps watch over her. He is curious about the relationship between Kim Young-ho and Joo-eun.

As an overweight girl in school, Soo-jin was very self-conscious and was lonely until Joo-eun befriended her. Now a succesful lawyer, Soo-jin has shed the weight and has the body of a super model. She takes a job at the same company as Joo-eun as her superior and dates Woo-shik to exact revenge on Joo-eun, who she had always been jealous of because of her good looks.
Posted by nurams naz at 10:55 AM No comments: Links to this post

Posted by nurams naz at 10:11 AM No comments: Links to this post

Email ThisBlogThis!Share to TwitterShare to FacebookShare to Pinterest
Labels: Lirik